I booked in for my free PT session at the gym on the morning of January 28, but the girl didn't show up! I assume it was a miscommunication and just jumped on the treadmill and rower for 25 minutes. I went again to the gym on January 29 and then February 1, doing weights both times. Pretty pleased with that effort.

This week I went to the gym Monday Feb 3, where I did slightly fewer weights but more time on the cross trainer. I did a fairly fast-paced Bollywood dance class on Feb 5, then tonight I went to the gym again. I made 10,000 steps most days, so it was a relatively decent week of exercise.

Food remains abominable in many respects. I just find it so hard to resist snacking and sweets and hot chips and.... well, anything really.

Last week was a fairly poor week. I managed a morning walk on Thursday January 23 and then got to the gym on Saturday January 25. There were three or four days where I didn't achieve my basic goal of 10,000 steps a day.

Eating has been poor. There's been a lot of sugar and junk in my path, and I find it virtually impossible to resist. People always say you've got to accept it when you fall at a hurdle, move on, and don't guilt yourself. I'm trying to achieve that, but I worry I will just jack in every day's effort and wind up putting on more kilos.

I did manage to cook a vege stack that was quite nice though, so that was a small win at least.

Last week was mostly a success in terms of exercise. I took the Bollywood Connections Dance Detox program, which I first did at the start of 2013 and loved it. Organiser and teacher Rachael Jacobs arranges five nights of dance, with two hour-long classes in different styles each night (except Friday, which is novelty night, followed by a celebratory dinner). This year it was Bollywood, flamenco, hip-hop, Charleston, Broadway jazz, West African, line-dancing, samba and 60s GoGo dancing.

It was great, and I loved it. Then on Saturday 18 January, I went to the gym again to repeat my base weights work-out.

The downside of working all day and dancing all night was having limited food options. So that wasn't as healthy as it could've been. I really wish I could not crave choccies and chips. I find it so hard!

I failed to walk on Friday 10 January, so I wore my sneakers to work to make sure I could walk a longer route home.

Somehow I managed to join a gym halfway between my work and home along the way.  I hope it's a good move. It's no contracts, which is good, and it's going to cost me about $60 a month. I hope to start by going twice a week, building to three or four. I'm trying to be realistic though.

I went for the first time Saturday January 11 and did a basic workout, getting my heart rate up on the cross-trainer (nice and light on the knees!) then did squats, lunges, lat pulldowns, tricep flex, bicep curls and tricep rows. I think. I still don't know all the proper names. I have to book in my free PT session

I'm spending this week (January 13-17) doing a dance detox session. Two hours of dance classes every night. Great cardio, but I must try to fit in a gym session at some point.

Eating is still a challenge. Or rather, not eating is a challenge. I'm back to craving chocolate and hot chips. It's difficult.

This is me. No Photoshop,  no make-up, no flattering high-angled selfie pose. 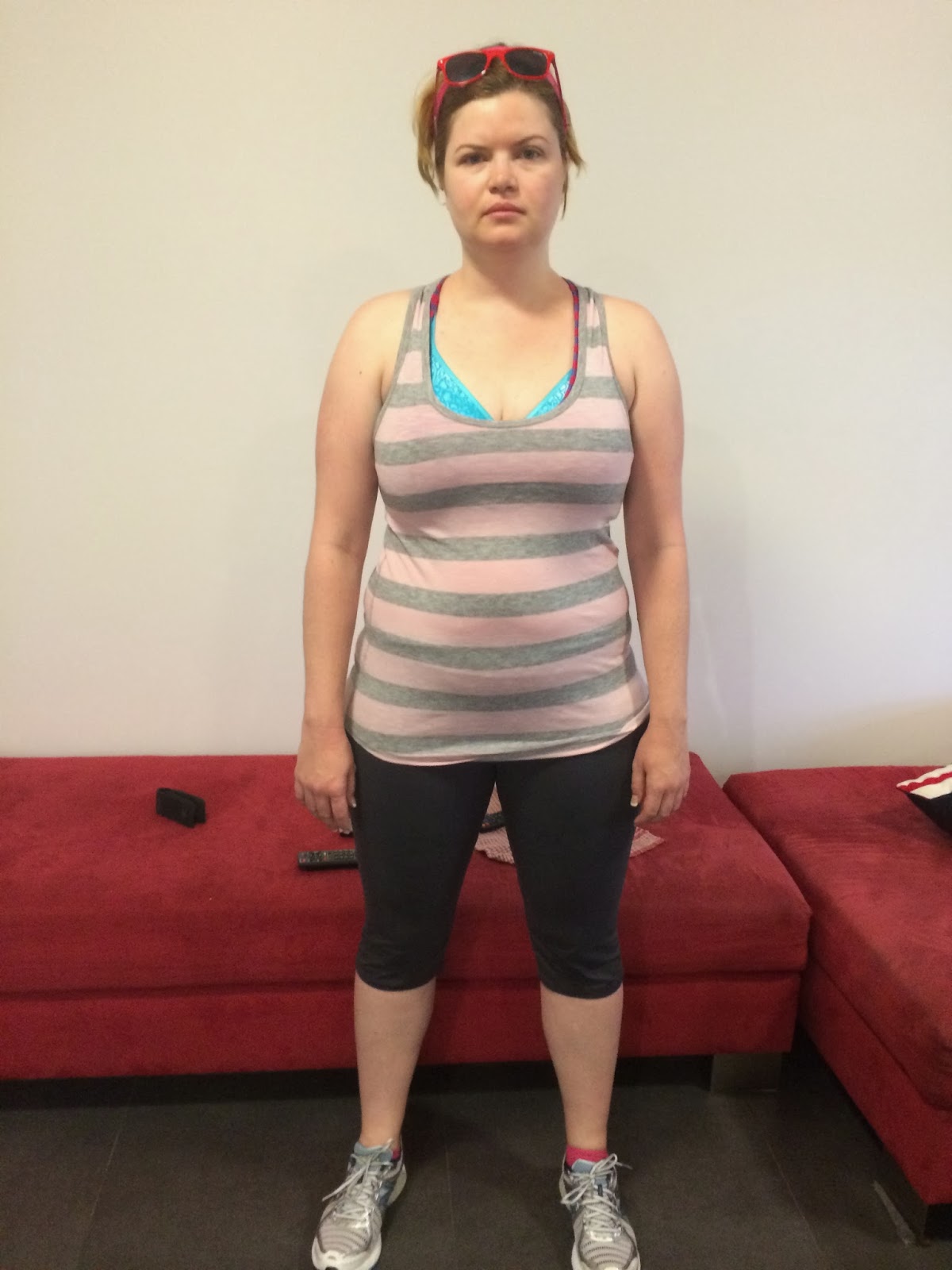 The Facts and Figures

I am still too embarrassed by my body mass to publicly state it. However, I do need to lose 20 kilograms, so I will list my mass loss as I go along. I hope I can lose something. I need the incentive!

I will also state that my body fat percentage is sitting at 40 per cent. Normal for someone my age and height is between 18 and 28 per cent. So I need to lose that 12 per cent body fat. That'll just be upper end of normal, but that's fine.

In accordance with the hastily-put-together principles of the R33 Project, I want to lose this mass by my birthday. That's 10 months away, and I need to break it up into chunks to be manageable. The rough timetable is as follows:

I believe a mass/fat loss rate of 5kg in two-month chunks is relatively achievable - that's less than a kilo a week on average, which to be realistic about my schedule and predilection for sweet treats, is probably reasonable to aim for. It will also hopefully be sustainable.

My first goal is to maintain morning walks ahead of a work day, which tends to be sedentary.

What is the R33 Project?

I've been spending a lot of time angsting about my weight, but I've been waiting for that "click" moment. The moment when you decide "Yep, this is it, change begins now". I feel like I go through a rigmarole almost every day of saying that, before my willpower collapses and I eat chocolate, or avoid going on a walk that I promised myself I would do.

I seem to be in a spiral of guilt, shame, over-eating and under-moving.

I was watching a history documentary on YouTube early in the New Year. It's one of my favourite things to do - set up these full-length documentaries while I clean the kitchen or iron etc. This particular one was on medieval lives, and in particular, routines around death. It talked about how in those times, people believed when the Second Coming happened, people would be resurrected at the age of 33. That number is relevant because that's the age Jesus Christ died on the cross.

It doesn't matter at what age you died, you would be resurrected at 33. Yep, even if you died in infancy, childhood, adolescence or in your 20s - you'd come back to life at whatever you would be at 33.

Now I'm not religious at all, but something about this made me think - mostly because I'm currently 33.

I thought about being "resurrected" as the size and shape I am now, and it made me sad. If I was to have a kick arse second existence, I'd want to be in better condition.

And so I've decided to name my fat loss/health improvement plan the "Resurrection 33 Project".

The idea is that I turn my 33 year old self into one I'd be happy to live with for eternity and beyond.  Of course, I don't believe in resurrection, but I do know that I will turn 34 in 2014, and I don't want to be like this anymore.

I still don't feel I've had that "click" moment, but I like that I've tried to name and shape my weight loss with a purpose.