The Weeds and the Roots

There is a saying in Cambodia that "when you clear weeds, you must remove them from the roots up".

The instruments used to carry out this mass extermination were the brain-washed soldiers of the Khmer Rouge - some just boys, many others in their teens. Sarloth Sar was Brother Number One. He gave himself his infamous moniker, from a French nickhame "politique potentielle". He was Pol Pot. 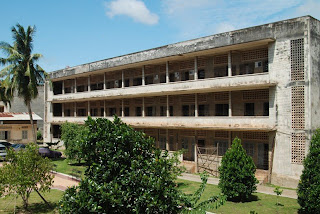 Tuol Sleng was a high-school once. Just a few kilometres from the centre of the capital Phnom Penh, it was to become a place of torture. Re-named the S-21 security centre, Tuol Sleng saw between 14,000 and 17,000 people enter its doors. Only seven survived; they had been able to hide from Khmer Rouge soldiers who'd been ordered to slaughter the last remaining prisoners before fleeing the city - and the incoming Vietnamese Army - in 1979.

The rest were weeds. 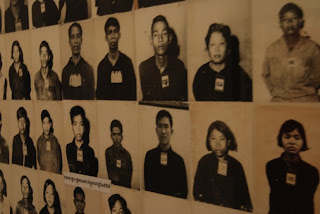 To begin with it was the intellectuals, the "elite". Soldiers had asked for doctors, engineers, teachers - any professional - to come forward, insisting they'd be transferred to a good job somewhere else in the new regime. Instead, they were taken to S-21, and asked to name fellow professionals. If they did, they were taken away to be killed. If they didn't, they were tortured, repeatedly and horrifically, until they did. Then they were killed as well.

Women were not spared this unflinching evil; most were raped and stripped naked before torture - including the removal of nipples with pincers. The final, merciless act was to remove the "roots". Educated people were more likely to have educated families. Educated families might have the ability to harness opposition to the regime. At the very least they might swear revenge. That would not do. The answer - to round them up and kill them all. 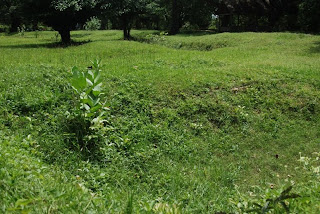 It doesn't look like a scene of madness. It doesn't look as big as you might think, considering the numbers. But the Killing Field just outside of Phnom Penh is just one of over 100 scattered across the country, kept silent from province to province so farmers and workers were unable to grasp the full scale of their country's civil mass murder.

But there are bones still visible in the dirt paths; and the mounds are the sides of pits, into which dozens, if not hundreds, of bodies were thrown. Hog-tied and blind-folded, the victims were not given a relatively compassionate death by bullet. Ammunition was too precious to the regime. They were beaten with iron bars, or bamboo sticks, or worse - had their throat slit with a sharp-edged frond from a sugar palm tree.

Children were not spared. 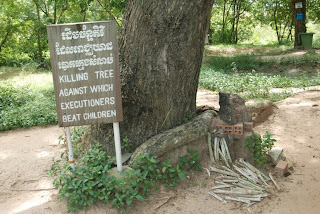 Once the regime was toppled in 1979, the scale of the Khmer Rouge's blunt extermination of around 20 per cent of Cambodia's population started to become clear. The Killing Field was dug up; bodies exhumed; clothes and skulls put on display in a respectful "stupa" memorial. 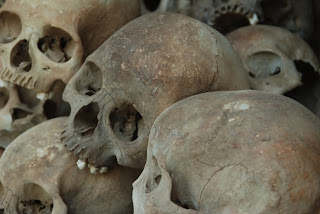 Butterflies now flitter and float about The Killing Field. Their beauty is in stark contrast to the evil once seen there. The Khmer Rouge and Pol Pot perpetrated one of the greatest crimes against humanity ever committed. It should not be forgotten. 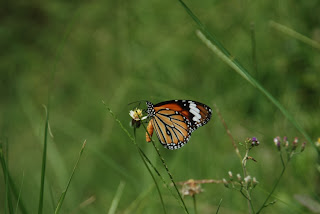