I've obviously been watching too many WWII documentaries, and this is probably on the internet somewhere already, but when you get an idea for A Visual Joke, you may as well follow it through. 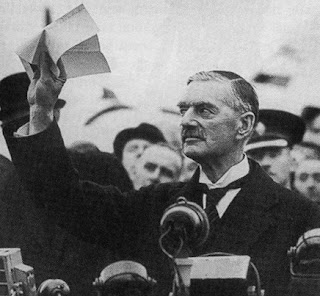 Hang on, Neville, what was that again? 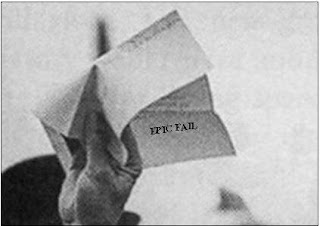 Quite frankly, I think Guido's starting to scrape the bottom of the Hitler barrel. And that's a big call too, 'cause as far as villainous historical figures go, Hitler's still streaks ahead of your other horrific insane dictator types (Mao, Stalin, Pol Pot, Steve Jobs).

I remember when Hitler's Henchmen first came on the telly. I was still in high school, and every week I'd plonk myself down in front of SBS to catch up on all the adventures of Himmler, Goebbels, Göring, Bormann - then some of the "second tier" henchmen in Series 2 (Rudolf Höss or Rudolf Hess? Oh, those crazy confusing Nazis!).

Ever since then, Guido Knopp's been churning out the Hitler books and tie-in docos like a man possessed by Nazi Magick. There's been Hitler's Hitmen, Hitler's Women, Hitler's Children and now Hitler's Bodyguard. I'm not saying there isn't material to support all these series, but it does make me wonder what's left in the Knopp-sack?

Hitler's Chauffeur - In 1941, Adolf Hitler ordered two armour-plated 770-K Mercedes-Benz cars for personal use. What was the story behind these specially modified vehicles? How did they contribute to the Wermacht war effort? And what wax and polishing techniques did Hans Grubeldorfer use to keep the chassis Nazi-clean?

Hitler's Pets - We're familiar with Blondi, the German Shepherd that was Hitler's favourite companion during the war years. But what about Hitler's other pets? How deep did his love affair with animals go? New colour footage raises the question: was the Fuhrer a Fuhrry?

Hitler's Fashions - from the Hugo Boss-designed SS uniforms in classic paramilitary black, to the inevitable dashing of the SA's catwalk hopes (Brownshirts? What WERE they thinking?) - find out why the Long Knives were never sharper than on the night of a fascist fashion show!

I dunno, bad taste? Probably. But I stand by the Golden Impro Rule of Comedy - the Holocaust isn't funny, but jeez the Nazis sure as hell are.
Posted by Girl Clumsy at 11:23 PM