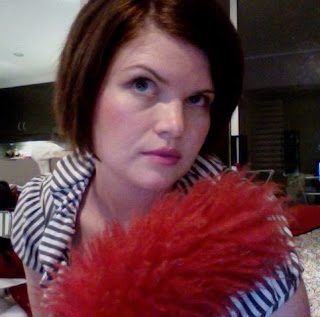 I’m not a tidy person.

The rest of my family are neat freaks. My mother is so clean, you could eat dinner off her.


On second thoughts, don’t eat dinner off my mother.
I’m not sure why I’m so messy, when my genetic predisposition should be towards cleanliness. I guess I’m pretty lazy. Also, cleaning is HARD. And not FUN. The only household chore I enjoy is the ironing, which apparently makes me a freak – even according to my mother.
But doing the #30before30 project on top of working full-time and my regular extra-curricular activities meant a whole new level of mess entered my sweet little apartment.
A lot of people I know have regular cleaners, and certainly they make a lot of sense – pay people to take care of the dull stuff, and you have more time for more important things. But there was some part of me that always thought I should be able to keep my own house clean. It’s not that big, I don’t have children or pets – and I come from a clean family. I SHOULD be able to manage it.


But a few weeks ago, I had to wake up and accept the fact that I was now living in a midden. I pictured a future in which inquisitive schoolchildren would visit the wreckage of my once-proud flat, and marvel at the Peppermint Aero wrappers and Pepsi Max bottles poking out of the brownish-grey mounds of food scraps, mixed-up electronic cables, unironed clothes and scattered DVDs that now occupied what was once a living room.


I regularly get little flyers shoved through my mailbox advertising home cleaning services (are they spying on me?), so I finally bit the bullet and emailed one.


They got back to me quickly, offering me a number of options. I chose the “Budget Spring Clean”, which got me two cleaners for 3 hours, at a cost of $288.


Then I got nervous. Some friends told me that cleaners only clean. They don’t “tidy”. This meant the piles of crap around my house would have to be cleared, so they could actually find and clean surfaces. So I spent the night before they arrived sweeping books, papers, pens, bits of makeup and various other bits of crap into laundry baskets. One table was just piled too high. It became Crap Mountain Alpha. I decided I would just have to bear the scorn and disapproving looks of the cleaners.


Katie and Callum arrived bright and early the next morning, with supplies in tow. An industrial-strength vacuum cleaner! This was going to be great. They started by asking what my priorities were.


“Um, everything?” I raised my eyebrows hopefully.
Katie looked around and pursed her lips. “There won’t be time for everything.”
Dang it! I guess not even professional cleaners could tackle my midden in three hours.
I asked them to start with the bathrooms, then the kitchen, then dust, and a sweep and mop of the floor. I thought their might be time after that to clean the windows.
They got to work, and I wandered about for a few minutes feeling very … inappropriate. Very expat-British-Empire-circa-the-Raj. It didn’t help that Katie and Callum obviously had Indian heritage. I felt like a fascist paternalist.
Sure, it’s capitalism in action, but I felt a bit wrong paying people to do my cleaning. Like I thought I was better, or something. So I did what anyone stricken with guilt would do.
I joined in.


Yep, while Katie and Callum did beautiful professional work in the bathrooms, I made a stand against the encroaching mess of the study. I took down all the books from the bookshelf and thoroughly dusted.

I found old wrappers and bits of notepaper and torn envelopes and threw them all away.
Occasionally Katie would pop her head in and ask me to check a finished room. I’d have a look, and there would be glistening taps and fittings, sparkling floors that I didn’t realise existed, and benchtops and mirrors that I could actually see my face in.
Then all of a sudden the three hours were up. I was only halfway through cleaning up the study. Katie and Callum hadn’t got to the windows; they’d mopped most of the floor but wanted me to hold the door open so they could mop to the threshold then leave.


“Thank you so much,” I said gratefully, even though I was a little disappointed about not getting the windows done. But still. Katie and Callum might be cleaning fairies, but they weren’t miracle workers. I handed over my envelope stuffed with cash, then scrambled back to the study on a towel, to avoid scuffing the minty fresh tiles.
A short time later, obviously detecting a disturbance in the Force, my mother turned up.
“It smells clean,” was her first comment, as she drew her fingers, Mary Poppins-style, around various edges. She seemed relatively impressed to not find dust.
But still, for a capable clean freak like her, basic household maintenance is not something you’d fork out $288 for.
“You got ripped off,” she said. “But at least it’s helped you out.”
And so, my friends, I’ve learned a valuable lesson. If you have to get a cleaner, don’t tell your Mother.
Now if you’ll excuse me, I’ve got some scrubbing to do.
Posted by Girl Clumsy at 7:28 PM

Email ThisBlogThis!Share to TwitterShare to FacebookShare to Pinterest
Clumsy Categories: 30before30, hints and tips, home and contents
Stumbling about in: Briz Vegas