#30before30: Listen to a Classic Album 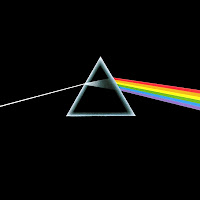 This article was originally published on Brisbane Times. If you're enjoying the #30before30 challenge, why not consider donating a few dollars via the secure PayPal link in my sidebar? All donations will be split 50/50 between the Australian Red Cross and Brisbane Arts Theatre. Thank you!
There’s a great episode of The Simpsons where Homer bemoans his lack of knowledge about the “hip, young people’s” music, and Marge responds by saying “Well, music is none of my business.”
That’s pretty much how I feel on a daily basis. I just don’t seem to have a very good musical knowledge.

So I asked for suggestions for a “classic” album I could listen to, and then ran a poll. Pink Floyd’s The Dark Side of the Moon was the clear winner with 37 per cent of the vote, beating AC/DC’s Back in Black on 11 votes (17 per cent), followed by The Beatles’ Revolver with (15 per cent), and Metallica’s Kill ‘em All (14 per cent).
I do at least know a reasonable amount of Pink Floyd’s more famous songs, such as The Wall and Comfortably Numb. But the only song I knew for certain from TDSOTM was Money, so I was interested to see if any others would ring a bell.

Now if this was any other self-respecting groovester with a healthy love of 1970s experimental prog-rock – they might dust off a vinyl edition, throw on The Wizard of Oz, drop a tab of acid and chill out in a bean bag while letting their minds be blown.

Me? I downloaded it off iTunes, threw on my headphones and did the ironing. That’s right, kids. You’re looking at a hipster, right here.

Released in 1973, The Dark Side of the Moon had actually had its genesis over a year earlier, when the band decided to do a concept show about “things that make people mad”. Greed, conflict, the passage of time and insanity are all strong themes, and the album’s 10 songs run continuously as one almost-uninterrupted piece of music.

(Apologies if this is all “Basic Rock 101”. I just don’t know the lingo, so please bear with me!)
Speak to Me acts as an overture, with some snippets of conversation about madness, and many of the sound effects that return in later tracks. It moves into Breathe, a mournful, slightly bluesy tune that seems to appeal to the listener’s humanity (“don’t be afraid to care”).

On The Run is a frenetic change of pace, with a synthesiser kicking in to create a tune that supposedly reflected lyricist Roger Waters’ fear of flying. It’s definitely got a psychedelic feel to me, and the only thing I’m on is half a bar of Cadbury TopDeck. It ends with the shattering sound of clocks, that heralds the arrival of track 4, Time.

Time's s opening chords remind me of a western, a gunfight at high noon. When the lyrics eventually kick in, it’s the first time you really hear “rocking” on the album. It has a melancholy chorus of sorts, but then some really cool wailing guitar from David Gilmour. This is where I start to notice the lyrics – and they’re really very good, ruminating on the way life can slip away from you (“No one told you when to run/You missed the starting gun”), and is a call to seize your own destiny.


It fades into The Great Gig in the Sky, and all of a sudden something clicks in my memory. I have heard this one before, somewhere in my youth, possibly at school. Clare Torry’s screaming lyric-less vocals make the hairs on the back of my neck stand up. I’d say it sounded haunting if that wasn’t so contrite. It’s an animal sound: a cry, a curse, a rail against death and dying, and yet by its end, a final acceptance.

Money is the beginning of Side 2 on the original vinyl albums; on an mp3 player its very famous opening loops of loose change and cash registers is a bit discordant, yet very welcome. It’s got catchy lyrics and music, and I can see why it’s probably the most successful “single” from the album. Yet it’s also a sharp satire on greed (“New car, caviar, four star daydream/Think I'll buy me a football team”).
Us and Them starts off almost like a hymn - some quick Googling tells me a Hammond organ was involved so that’s probably why. At almost eight minutes, it’s the longest and most languid song on the record, but it doesn’t really do it for me. I think it’s about war, but I’m really not sure. The lyrics are obviously too clever for me, and it’s altogether too depressing. It’s followed by Any Colour You Like, which is just some more “rocking out”, if I may be so desultory.
Thankfully they’re followed by Brain Damage, which is a song I’ve heard before, only I always assumed it was called Dark Side of the Moon, as it contains the eponymous lyric. I like this one. A lot. It’s about lunatics and madness and non-conformity. The lyrics in my opinion are the best on the album (“You lock the door and throw away the key/There’s someone in my head but it’s not me”). It has minor chords, but their upward progression gives the song a sense of hope – which seems to grow stronger when it merges into Eclipse, the final song of the album. I assume this is the point where those in the mosh crowd would pull out their lighters and sway, hoping for a better world, or something.

The album ends, as it began, with a heartbeat, signalling perhaps the life cycle of a human being.
Overall, I enjoyed it. I don’t know how often I’d choose to listen to it though. I find melancholy music can really exacerbate a melancholy mood, and when I’m in one of those I tend to like to play fun, bubblegum pop music so I can dance and pick myself up again. But I can certainly see how The Dark Side of the Moon is regarded as one of the greatest achievements in modern music.
Posted by Girl Clumsy at 10:57 AM

Email ThisBlogThis!Share to TwitterShare to FacebookShare to Pinterest
Clumsy Categories: 30before30, music
Stumbling about in: Briz Vegas