I'll keep this introduction short, as I know people aren't interested in what I think right now, only what the hell those dresses were.

Thank you ALL so much for taking the time to comment. This has been endlessly fascinating, and everyone has been so remarkably positive and enthusiastic about it! Keep reading, as there are PIE CHARTS and explanatory notes to come. 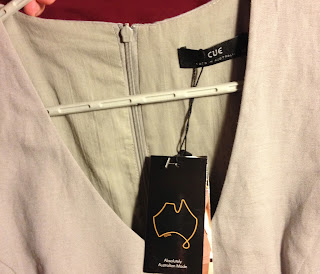 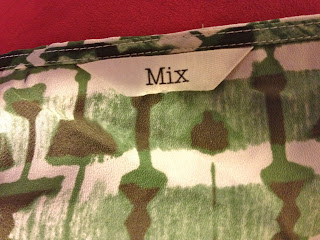 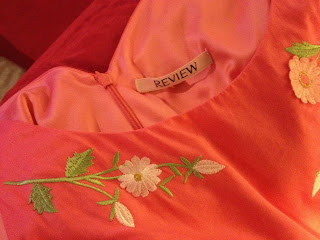 The black dress doesn't have a label - because it's the market bargain from Bangkok!


And that's the funniest thing about this whole thing: most people thought the most expensive dress - the pink one - was the cheapest.

Oh wait. I paid $109 for that Review dress. Maybe it's not that funny.

My friend Elizabeth, who is quite the most glamorous woman I know, screeched her indignation at that unfolding result via text message: "I cannot believe people think your Review dress is from Bangkok!"

She wasn't alone; a number of keen-eyed fashionistas picked the Review dress. Many pointed correctly to the photos not showing the close-up detail of the fabric and embroidery, and I do realise that seeing the dresses closer up would have made a difference.

But then, I said it was a cobbled together test. Just how cobbled together became obvious to me when I sat down to tabulate the results. I realised, using the highly technical counting mechanism of a purple Bic and the back of an old receipt, that I probably should have thought it through a bit more.

Luckily, Twitter came to my rescue, in the white-knighted form of @pappubahry, aka David Barry. David apparently does Excel spreadsheets and statistical analysis for fun, which to my mind is a far more useful skill than picking which dress is which brand. Which is good, because David got zero out of four.

David only collated the guesses that included all four dresses. Here is his summary:

Now because words about numbers generally do my head in, David kindly provided me with two pie charts, breaking down the guesses by gender. Not everyone listed their gender as part of their guess, but based on the ones that did, 36 were women, and 9 were men: 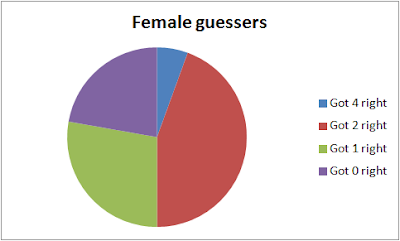 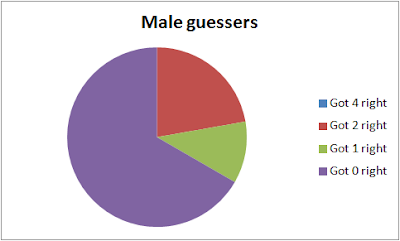 This would seem to suggest that women do have an edge over men when it comes to picking brand name frocks. Having said that, four times as many women than men took a punt, so perhaps you could just say that statistically the women had a greater chance of getting it right. However, as we've seen, very few people were able to guess all of the dresses correctly.

So what's the lesson? Well, I should've listened more in Maths, or done some research on how to compile an Excel spreadsheet. But those obvious failings aside - I hope it shows in its own little way that it probably doesn't matter what you wear, as long as you're happy with it. That may mean shelling out more, or less, or looking at other factors such as material, construction, ethical and sustainability issues, and longevity of wear.

I'm somewhat sad this experiment has come to an end. Although I do have more dresses in my wardrobe... anyone up for a round 2?