James Bond Does Not Drink Beer

My friends, I write to you distressed, distraught and dismayed by a revelation that I cannot believe I had not heard until now. 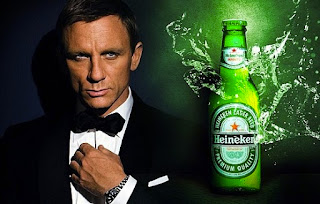 The utter blasphemy of this decision should be obvious to anyone who's ever flicked on the teev and found themselves watching Goldfinger for the seventeenth time, because the bit with the ejector seat and the bit with the laser and Oddjob and Pussy Galore are so. freaking. cool.

Don't get me wrong. I have nothing against beer. Many people I respect and admire drink beer.

But James Bond does not drink beer.

But never, ever, EVER beer.

Now you may think I'm over-reacting. Fine. Here's an experiment.

Go on, imagine it. Picture, in your mind, the suave secret agent, sidling up to a mobile van on a street corner, while on stake out. See 007 hand over a fiver in return for a soft bun and a lukewarm pink tube of almost-meat; watch as he squeezes first ketchup, then mustard over his late-night snack. Conjure up the image of Britain's sharpest spy shoving sugary bread into his mouth, fluffy specks breaking off on the corners of his lips and fluttering down to land the lapels of his Italian tuxedo, followed by a plop of errant mustard, leaving a yellow stain across his previously crisp white shirt. Imagine Bond chewing on rubbery sausage, he face contorting around the foodstuff, twisting and gobbing until the last of the desperately sad hotdog hits the back of his tonsils and he burps, quietly at first, then louder, the taste of over-cooked sausage returning for one final visit, like the Blofeld of processed meats.

Here is my visual response: 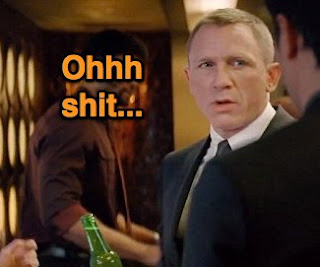 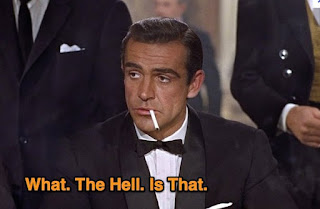 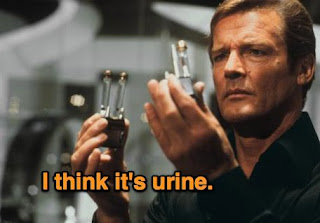 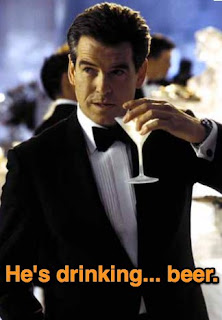 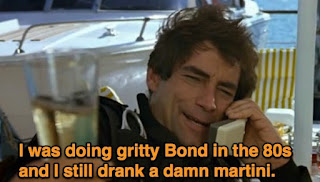 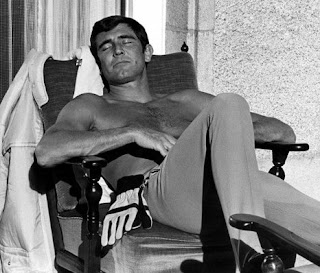 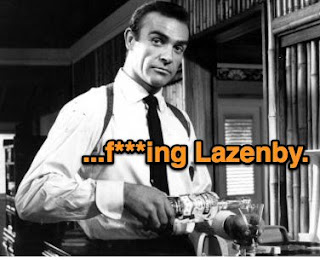 I guess what I'm saying here is that JAMES BOND DOES NOT DRINK BEER.
Posted by Girl Clumsy at 12:26 AM