Lost in Translation, or, Chinese Whispers

I have thousands of pictures in my iPhone's camera roll. Occasionally I try to go through and delete batches of them, but still they mount up.

During one such attempted clean-out while standing in a queue this weekend, I found shots from my trip to China earlier this year, which I had always intended to form into a hopefully-interesting-sort-of-post.

One of my favourite things about visiting China is seeking out odd products, and even better, the mistranslation of product descriptions into English. I think it's because Chinese is a very visual, descriptive language, and the transplanting of those concepts into English is either innately pretty or hilariously off-putting.

For example: These wax strips are described as "Depilate Sacrificial Paper", and when you think about, that kind of makes sense. You are, after all, offering up your unwanted body hair to the temple of beauty. Note: these strips work best on human body limbs, so forget about waxing your ... cat. 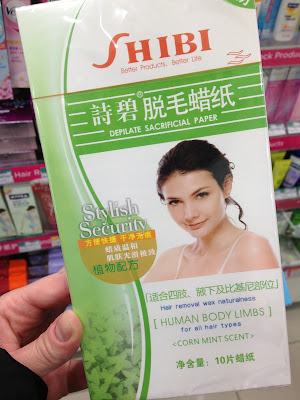 Here's a helpful product to stop the waste plastic bags create. My favourite is the pleading catchphrase at the bottom of the pack. 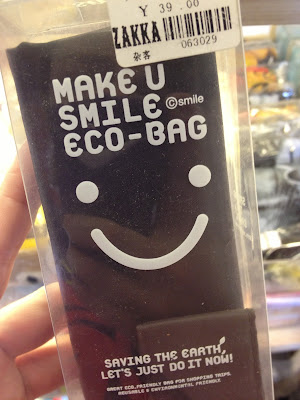 This one was for some sort of music festival. I've got no idea what's going on. 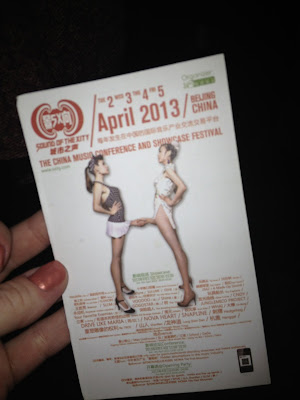 A still picture doesn't really do justice to the "Shrilling Chicken". When you squeezed this toy, it let off a sound that can only be described as a busty soprano being steamrolled by a boiling kettle. 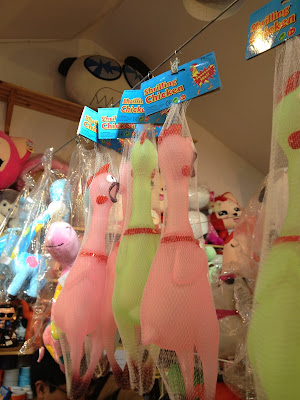 I'm pretty certain the "There are no ugly women only lazy women" line is credited to Coco Chanel. But who came up with "Clothes is women's face job", Buffalo Bill? 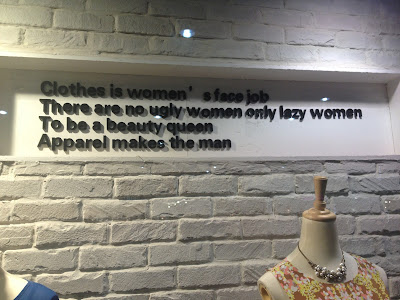 If memory serves, these didn't taste half bad. 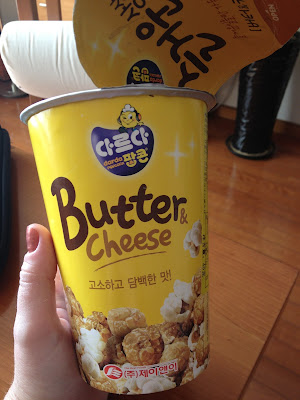 And then there was this one. Again, no idea.  I almost bought this one, because I wanted to try to work out exactly what it was. My best guess was an ice-block mould in the shape of the dog turd. But I chickened out of forking over my hard-earned yuan for it because of the SWASTIKA EYEBALLS. I just didn't want to answer odd questions at Customs on the way back into Australia. 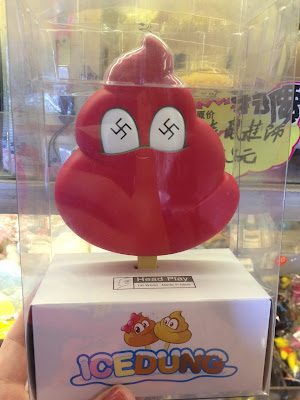 These next ones were my favourite. We took a day trip out to the Mutianyu section of the Great Wall, and our driver decided the best way to entertain us on the hour-long commute would be to whack on his pirated copy of noted singer Sarah Brightman's 2008 opus A Winter Symphony.

I can say that it was pirated because - beyond the obvious joke - the English lyrics to the songs were fantastically wrong. As in, I could sit here for days and not come up with a funnier match of song title and actual lyrics. 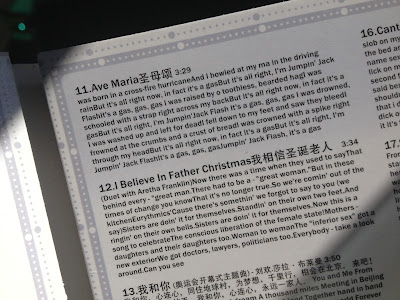 That's the lyrics of Jumpin' Jack Flash by the Rolling Stones, NOT Ave Maria. And it's followed by I Believe in Father Christmas, which bears a striking resemblance to Sisters Are Doing It For Themselves. As I said, comic fricking genius.


But the best was this one - and sadly I don't know the name of the song, but Canto Della Terra sure got a lot fruitier than Ms Brightman probably intended. 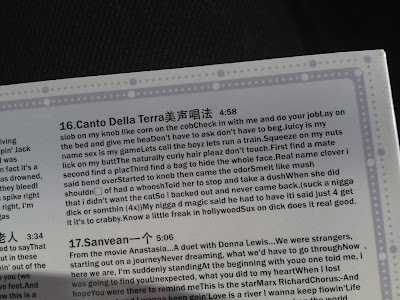 Have you got any good examples of strange products and crazy translations?
Posted by Girl Clumsy at 11:51 PM