Tragic telemovies I have known 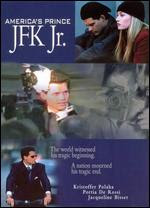 I flicked on the tube today to be confronted by the very worst of daytime TV - the dramatised biopic.

I really struggle to find any kind of redeeming qualities in these types of "films". The acting is generally poor, the scripting stereotypical and melodramatic, and the endings - whether uplifting or tragic - nauseating.

Now I might be going out on the controversy branch here, but I really hate this whole "Kennedy legacy" thing. Sure, there were a couple of big-time major suckfests - the assassinations of JFK and RFK. I'm sorry, but that's where it ends. Ted's Chappaquidick adventures were just sordid, Jackie died of natural causes, and the ones done for that murder of that chick back in the 70s were just idiotic psychos. "Oh my God! Every generation, someone in this family dies! Every so often, it's in traumatic circumstances!" By those standards of "cursed", every bloody family is cursed.

And, as far as "John-John" goes, I really find it hard to feel any kind of tragedy-tinged nostalgia for him. Fine, he died too young, and that's sad. But as far as I can make out, his life up until the unfortunate ditching off Martha's vineyard was a smorgasbord of money, hot chicks, powerful family connections and a half-hearted attempt at magazine publishing. I'm sorry, but dealing with a slightly controlling Mom, a slightly controlling wife, and the paparazzi does not make you Hamlet.

Not that I wasn't impressed with the dude they roped in to play JFK Jnr. He appeared to have made the decision to let his outrageously over-inflated and pomaded hair do the acting for him. Honestly, the fringe stood a full three inches above the hairline. A hairdresser would require scaffolding and planning permission from the council to give it a trim. And they got the icy cool Portia de Rossi to play the ice cool Carolyn Bessette Kennedy, John-John's wife. Now she's a chick who's got dagger-eyes down pat. But Jacqueline Bisset as Jackie Onassis? Oooh. No.

For credibility's sake, the "filmmakers" also decided to include some historical footage, such as the iconic reel of "John-John" saluting his father as his funeral procession went past, or sitting on JFK's lap on a plane, just to really shove the whole "he needed to fly to be free" message down your already refluxing throat. Unfortunately, that kind of stuff in a telemovie reminds you just how fake everything about the production is, and how the subject's life could never have been as perfectly scripted as it is in a made-for-tv docu/drama.

I didn't catch the end of the film, but I assumed it concluded with a fateful light plane journey: perhaps with John and Carolyn looking wistfully into each other's eyes and promising to make their marriage stronger in future; perhaps with John discussing new ideas to get his magazine out of the poo, or expressing a longing to enter the political arena and continue his father's dream of banging movie starlets (or civil rights, who knows). We don't know what their final conversations were, but thanks to the magic of Hollywood, we can leave the film reassured that their deaths were an untimely tragedy, to be remembered and honoured with downcast eyes, perhaps even with a Celine Dion soundtrack.

I remember once seeing parts of a truly appallling Diana telemovie, one filmed not long after her death. That followed an earlier mini-series based on the Andrew Moreton books. I've seen a telemovie about Jackie Onassis, in which she was played by Joanne Whalley-Kilmer. There's been a few about Marilyn Monroe, including that one with the Aussie chick from "Without a Trace". As far as I can make out, no A-grade celebrity is immune from portrayal by a B-grade actor in a C-grade dramatised biopic.

Anyone else seen some dodgy telemovies? And am I being too harsh on the Kennedys?
Posted by Girl Clumsy at 8:40 PM

Email ThisBlogThis!Share to TwitterShare to FacebookShare to Pinterest
Clumsy Categories: the rich and famous, tv