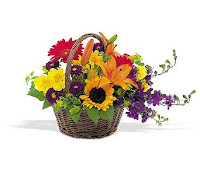 The #30Before30 challenge may be over, but it's important to me to thank the many individuals, groups and companies that helped me out. I didn't get paid for any of my articles, but the generosity of others helped reduce the cost of my outlays for the project.

For starters, I'd like to thank those who donated money to my appeal - the funds (about $100) will be split between the Australian Red Cross and the Brisbane Arts Theatre.

To be perfectly honest, my fundraising attempt was probably ill-advised. I really shouldn't have tried to incorporate that element; I should've known that people rarely pay for content on the internet even when they're proper writers and what not. I also understand times are still tough for many people, plus we're in the countdown to Christmas. So the fact I raised anything at all is pretty miraculous, so thank you very much to those people who were happy to support my charities of choice.

(If you would still like to donate, please do! I will leave the donation button on this page up for a while longer.)

Obviously Brisbane Times should be thanked for publishing the articles in the first place. Read them, they have news and things. And thanks to Aurelie, who took the lovely headshots of me they used on the site.

Thanks to Rachel at Bollyfunk Dance for organising the flashmob that I took part in, that basically kicked off the entire series. I've yet to locate the video of that event, but will post when I do.

Thanks to my Hong Kong relatives for having me over there in early September, and particularly to my Uncle Jan for taking me out trapeze sailing on his superfast boat. Thanks to Kris Anderson for his suggestion of doing street photography while I was there, and to Amanda for putting me onto the cheap dumplings of the Michelin-starred restaurant.

Dan was the guy who just would Not. Shut. Up. about tea-drinking until I finally popped over for a cuppa - he's started a blog full of whimsy (a blimsy?) and don't forget the Smart Enough To Know Better podcast he does with a mysterious fellow known only as The Wah.

The lady who suggested going without a bra for a day was very embarrassed by it, so I won't name her. But she still needs to teach me how to place a bet, if that gives you any clues.

A big thank you to Story Bridge Adventure Climb, who kindly let me scale Brisbane's grand old dame. I really do recommend doing this; it's informative and great fun.

The ladies at Girlfriend Fun and Fitness were just sensational during my pole-dancing lesson - I'm still in awe of my teacher Michelle, and can't wait to get back there to try again, bruises and all.

If you're looking to go a bit Easy Rider, look no further than Morgan and Wacker for all your Harley Davidson needs. Thanks to Phil for organising my ride on a sweet Fat Boy.

I have been informed that the room I made my ill-fated stand-up comedy debut has now been closed as an open-mic room. I'm not quite sure if I'm responsible for that, but hey, happy either way. Thanks to Sandra at Freestyle Comedy Factory and Steven at the Uber Open-Mic night for hosting my rambling style of "comedy" on subsequent occasions. And once again, thanks to all of you who joined in what must be a frontrunner for Greatest Online Troll War of 2010. Your support and acerbic insults still make me smile. AND ISN'T THAT WHAT COMEDY'S ALL ABOUT?

Thanks to those who voted in my online classic album and classic novel polls. I will get onto all the ones that missed out. Eventually.

The Rat-Cunning Crew deserve a big tip o' the dealer's cap for helping me in my quest to conquer the Texas Hold 'Em tables at the Treasury Casino. Chris, James, Pete, Jess, Troy, Richard - may all your pots be monsters.

The lovely, incredibly talented Miranda at the Independent Music Academy taught me how to play Zombie on the guitar, then helped me write my own tune. Thanks to director Seamus too for lending me the guitar. I really must return it...

Oh! The Ragged Band Morris Dancers! These guys were possibly the biggest bunch of awesome folk I met through the whole project. They embraced me warmly and even arranged a special dance practice in the rain in the City Botanic Gardens so I could don the bells and tatter coat and stick dance away.

Thanks (I think) to John Birmingham for luring me over to the Dark Side and a Mac with a trip to the Apple Store. I've been slowly learning about and enjoying the computer, but I still haven't got my "Steve Jobs Is My Master" badge yet. Do you think that's still in the mail, JB?

Big revhead woots to brother Simon and his mate Ryan from City Subaru who hooked me up with a speedy - yet legal! Legal! - drive in a WRX.

The "Stop Being So Darn Clever" award goes to teenagers Rose and Gabby, who helped me learn some cello, and the rest of their musically-gifted friends and relatives.

It's unlikely she'll read this, but thank you to Marilyn Monroe - aka Diana. I passed her in the city just yesterday, wearing one of the bargain dresses she'd showed me when I chatted to her on my birthday.

A massive thank you to my wonderful parents who organised my birthday glider flight through Come Gliding. I do so very much want to be a Magificent Man in a Flying Machine once more!

And finally, most importantly, thanks to everyone who took the time to suggest ideas for challenges, to read the articles, and to comment here or at Brisbane Times. Sometimes a tweet of support, or a Facebook "like" on a post, was all that stood between me and insanity. Never underestimate how powerful a positive message can be even if it is only 140 characters. Thank you all so very, very much.
Posted by Girl Clumsy at 1:17 PM

Email ThisBlogThis!Share to TwitterShare to FacebookShare to Pinterest
Clumsy Categories: 30before30, friends, fun
Stumbling about in: Briz Vegas