Hiccups and other hiccups 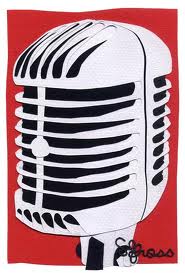 In the golden days of radio gone by, an on-air stuff-up was easily forgotten. Sure, others in the industry would furtively pass around blooper tapes, but by and large the GP would remain blissfully unaware of the verbal foibles of announcers, jocks and newsreaders.

But of course, we now live in the Age of the Internet, where people stuffing up is the stock-in-trade of almost every popular website in the world - well, YouTube and Failblog at any rate.

And so it was that a 3am news bulletin read by a young lass at Melbourne station 3AW exploded onto social media networks yesterday. Kate Wilson had been struck by the hiccups, and did what all good newsreaders do - she soldiered on and read her bulletin.

Now reading the news is certainly not the most physically demanding of jobs, but it does have its own particular hurdles. I've never had the hiccups on-air - but I'd be lying if I didn't own up to my fair share of blunders and missteps.


Unexpected C-bombs are the holy grail of course. I can't tell you how many newsreaders shake their fists  at whoever decided Karmichael Hunt was a good name for a human being. Thankfully, apart from a few careless pronunciations of the police rank "constable", I have yet to drop that one.

One time when I was working on the Gold Coast, I received an angry phone call from a relay station (somewhere in Tasmania, from memory), complaining that I'd pronounced the name of an Australian rugby player incorrectly. Well, I'm sorry, but if you're not going to pronounce the "ck" in "Cockburn", why not just drop it completely? How am I supposed to know it's just plain old "Matt Coburn", and not something that sounds like a painful medical condition?

Of course, proper nouns are a minefield. Some are a delight in oral dexterity - I could say "Susilo Bambang Yudhoyono" all day - but others are a nightmare. I dread grand slam tournaments. For some reason, tennis has the greatest concentration of unpronounceable names of any professional sport. Just look at the WTA player list. Try saying any of those names seven times fast. It's not just tennis though - I once got quite a giggle hearing a newsreader refer to the French footballer "Terry Henry".

Unexpected on-air shenanigans are not always bad. Sometimes you wind up having to improvise, and it pays off. Back in 2005, I was working the night of State of Origin 1. Sydney were taking a live report from the ground, so I had to write my own story to lead with. The game was supposed to be over before 10pm, but of course, the game ended with Queensland and New South Wales tied 20-all, forcing golden point extra time. I led with a brief mention of that, then continued with other news. By the time my actual sport component of the bulletin rolled around, I took another glance at the in-studio TV. Right at that very moment, something decisive happened. A ball was thrown, a pass intercepted, and all of a sudden a player in a maroon jersey started streaking towards the try line. To this day, my understanding of rugby league remains only slightly above my understanding of particle physics. I had no idea what was going on, but I dropped the rest of my sport and began commentating the match. "There's a maroons player, he's making for the goal posts, he's running fast, he's going to score, he's scored! Queensland have won!" At that moment, I saw the player get up, and in a flash I saw the name "Bowen" stitched across the back of his jersey. "Matt Bowen has scored a try for Queensland to win them State of Origin 1!" - and with that, did the time call and finished the bulletin.

Bloody perfect timing, if I do say so myself. The whole thing even got replayed by one of the announcers the next day, who was impressed with my bravura performance as a Daryl Eastlake wannabe. Still, if it were to happen again, I'd probably fall over my own tongue.

My most recent indiscretion was the 1am bulletin on Friday 14 January, the very early morning after the day Brisbane flooded. It had been a very long day in a very long week, and sometime around 12:45am, the on-air presenters replayed an interview from earlier in the evening. The caller was warning young people to avoid swimming in floodwaters. Turned out he'd done just that in '74, and wound up at the doctors' for the next six months with "boils in every crack and crevice". I stole a grab to use in a news story, but promptly lost my composure at the bizarrely hilarious way he spoke about having to get boils "lanced out of me groin". I then had to try to read the weather while in fits of giggles.

I did what any self-respecting newsreader would do in that situation - I blamed the on-air announcers for making me laugh.

I like to think that listeners enjoy these moments of chaos - they humanise the voices that float out of the speakers. We all make mistakes - even Sydney shock Alan Jones. Although hopefully, we respond to those errors with a little more humour than he does.
Posted by Girl Clumsy at 12:28 AM