In Praise of Losers

We may be farewelling the London Olympics, but we're probably still in for another few weeks of hand-wringing and chest-beating about Australia's "under performance" at the Games. There have already been dozens of stories about the cost of our Olympic campaign, and how the seven or so gold medals we bagged was a disappointment and a betrayal of our sporting kudos, all of them followed by reactionary pieces that say 'Come on, they did better than you could have'.

I found this collection of photographs taken of athletes at the point of defeat, and it got me thinking.

Bear with me while I take you through some rudimentary Googling. From what I can tell, there were seven qualifying rounds of the men's 100m sprint. If each round had eight competitors, that's 56 men who tried to run 100 metres the fastest. Of those, only eight made the final, and only three were "winners". That leaves 53 men who leave London as losers in the 100m sprint.

Multiply those sorts of figures over dozens of events in dozens of athletic disciplines, and you wind up with the biggest, most high-profile gathering of losers in the world. You don't get more accomplished sporting losers. Nobody is as big a loser as these guys. They have achieved a pinnacle in the world of losing by losing at the Olympics. 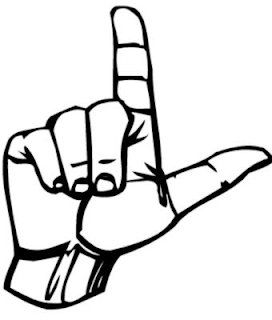 And bravo to them, I say. For without losing, there can be no winning. The joy engendered in athletes and their home nations upon a victory could not be possible had not a few dozen other people in that same event LOST.

I don't want to try to mollify their pain with platitudes like "You tried your best" and "It still took courage" and "You're an inspiration". Yes, they may be well-adjusted types with realistic expectations. But you can't tell me that most of them didn't have a tiny little part of them hoping, believing that maybe they wouldn't be the loser this time. If they didn't have that little piece of hope, they would've sat at home on the couch and watched the Games on shoddy Channel Nine coverage like the rest of us. So the loss sucks, big time, and I'm not about to take that away from them.

But by and large, most Earth humans will be losers in life on more occasions then they'll be winners. For every job promotion you get, there's someone else doing better than you, or another job you miss out on. For every bit of recognition, there'll be a dozen things nobody noticed or cared that you did. For every feeling of love expressed and received, there'll be more that are denied, suppressed, ignored or rejected. And that's just the small stuff; start thinking in terms of poverty versus wealth and relative security and stability, and you realise Australian athletes, compared to some other nations, are still big winners in some pretty big ways, while the scale of loserdom can be measured in the millions.

At the end of the day, more people LOST at the Olympics than won. This was not a case of "every kid wins a prize". Years of hard work go unrewarded for these athletes. Losers are not bad people. And so that's why I'd like you all to take a moment to salute Australia's losers, because they stepped up and played the role nobody ever wants to play. Let the Australian public give them a ticker tape parade for being brave enough to put themselves on the international stage and lose like a champion.

This theory of loserdom is big. This theory goes right to the top. This theory complements fricking Darwinism. As a mass of humanity, we simply cannot advance without our losers. For what is "natural selection" but a recognition of all the losers that went before us?

Thank you, losers. Yours are the gigantic shoulders upon which our species stands.
Posted by Girl Clumsy at 9:50 PM