The Terracotta Army is a testament to big ideas and the craftsmanship required to implement them, sure, but above all, it's a relic of a masculine ego almost unrivalled in history.

There are 8000 soldiers buried across three pits. The first was discovered by accident in 1974, when four local farmers mis-dug a well and fell on top of a bunch of cracked and broken pottery faces.

One of those farmers now sells books of his story in a shop just near the ticket office. He'll even autograph them for you.

The first pit is the biggest, and the most iconic, image-wise. There are 6000 in that pit alone; but all up they've only repaired just over 1000. And that's what you see when you walk into the massive curved-roof pavilion, and push your way to the front of the viewing platform.

They are amazing. They would be even more amazing had the colour lasted - they were initially painted with lifelike pink skin and brightly coloured armour. Sadly exposure to the air after discovery meant the colour oxidised within a week of discovery. Many of the soldiers remain covered with clay to try to protect what colour is left.

But back to the ego. Emperor Qin assumed the role aged 13, around 2000 years ago. Work began on his monstrously large mausoleum straight away, even though he lived until he was 58. Along the way, he united the seven states to form 'China' as we know it. So he had fair reason for a massive ego, I guess. He decided he wanted to be emperor of the afterlife as well, hence the need for a battalion of pot plant holders buried outside his mausoleum.

However, he didn't want people to know about his massed subterranean army, so most people who worked on it wound up... dead. And it's only due to those farmers that we know about it now.

I wonder if Emperor Qin would be angry, or if in fact his mighty ego would be stroked by the 10,000 visitors who come and look at his warriors every day. 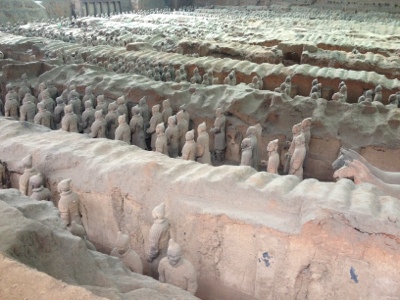 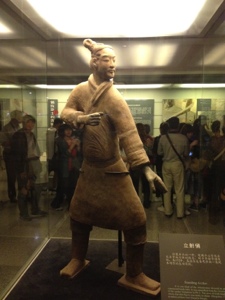 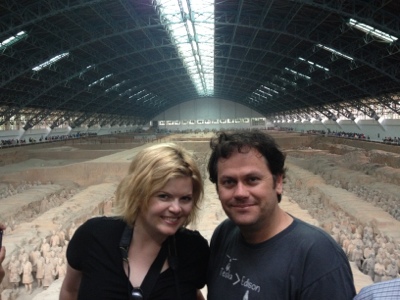 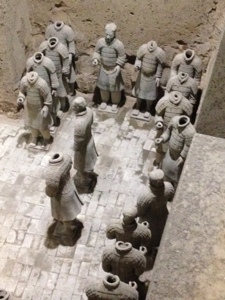 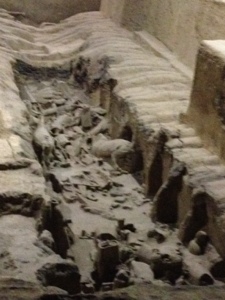 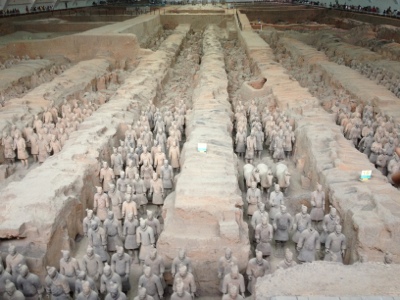 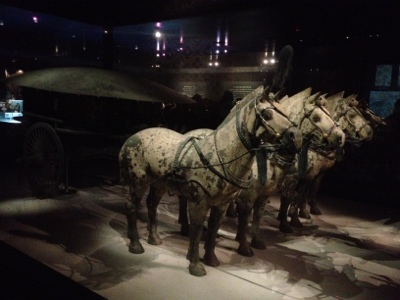