I did another stand up comedy spot last night.

It was another ill-advised, hasty decision, the kind I like to make when I'm full of bravura and confident a bit of make-up and a "she'll be right" attitude will see me through.

Yeah, not so much.

It's been two years since I tried to make the funny in a five minute open-mic slot, and I wasn't very good.

Now I mean that in a positive way. I've been developing a habit of looking at creative things I'm doing through a more objective, constructive filter, rather than bursting into tears every time I'm not instantly perfect.

If only I could apply the same rationale to eating and exercising. First things first, I guess.

I'll be writing more about the experience for Brisbane Times, as part of a fairly epic upcoming month of the Brisbane Comedy Festival.

But the key point is that five minute stand-up spots require tight writing.

My preference, in writing as well as speaking, is to go off on long, rambling tangents that are generally reasonably whimsical and hopefully end with a point or a laugh.


That does not suit five minute open mic-ing - you've got to deliver, and fast. I flubbed this time around, and pondered whether I was in fact cut out for stand-up. Perhaps I'm not, but I won't really know until I can get a better grip on the actual format. Which means I will have to try it a few more times before I can truly say I "failed". And that's a nice sentiment to take away from the evening!

Something I'm quite excited about however, is the opportunity to perform in White Rabbit, Red Rabbit at the Brisbane Powerhouse this Saturday 23 February. 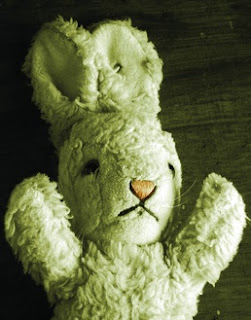 I will admit I somewhat bullied my way into the festival programmers' vision as a potential candidate for this. At the launch last November, my attention was grabbed by the idea of a cold-read script, in which there is no set, no director, no rehearsal - just one performer handed the script and reading, discovering the words as the audience does.

It's important to recognise one's skills as well as one's failings, and just as I have acknowledged my poor attempts at the comedy craft above, I will here admit to being reasonably proud of my ability to cold read - to pick up a document and read from it with relatively few errors, and with relatively appropriate emotion.

I once inspired an English teacher to break into applause after giving a monologue from a play about Lachlan Macquarie as part of a verbal presentation. I really put my back into that one; I even looked up what the word "chicanery" meant.

Also - I'm an improviser, damnit. I love exploring things without having all the information. So when someone pulled out and they asked if I was still interested, I responded with a resounding yes.

All I know about this play is that it was written by a young Iranian man when he was restricted from leaving the country because the government wouldn't grant him a passport.

I will learn the rest on the night.

If you are interested, please consider coming along. I don't know what it will be like, but I can promise you I'm eager to make this a brilliant experience and will work my heart out as soon as that script is placed in my hands.

And because it is written, you know you won't be risking some of my long and rambling stories with no point!
Posted by Girl Clumsy at 12:56 AM