It features a great cast, including David Tenant, Oliva Colman and Arthur Darvill. But it also includes this man: 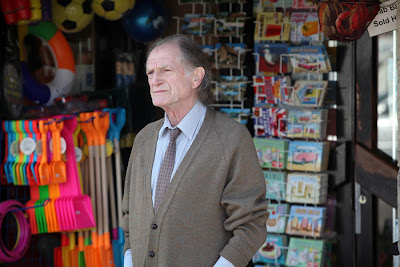 This is actor David Bradley. He plays the local newsagent in Broadchurch, and his character is one of a number who come under suspicion in the show. Now I don't think this is too much of a spoiler (as I highly recommend you watch the series), but he attracts attention because he's, well, creepy.

And that's the thing about David Bradley. I'm sure he's a lovely gentlemen, but as a character actor, he has become Britain's go-to TV creep.

He's been acting since 1971, but I first became aware of him in 1998, when he played the lascivious nobleman Sir Pitt Crawley in a BBC adaptation of Vanity Fair. Sir Pitt was a widower who got keen on young Becky Sharp, and was enraged when she turned down his proposal and married his younger, handsomer soldier son instead. 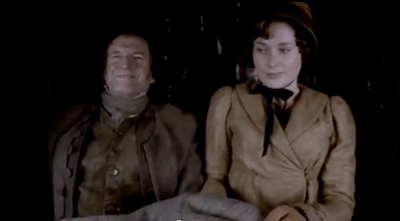 I would suggest that most people would know David Bradley from his role as cantankerous caretaker Argus Filch from the Harry Potter movie adaptations. He was generally comic relief in those films, but it was comedy that relied on his innate creepiness to work. 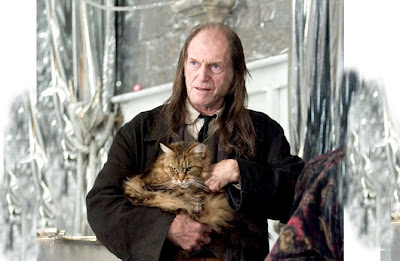 He's done a bunch of TV shows as a regular, and the Internet Movie Database lists him as a one-off character in other series including Midsomer Murders and Ashes to Ashes. He was also Cohen the Barbarian in the adaptation of Terry Pratchett's Discworld book, The Colour of Magic. Now sure, Cohen is a badass old warrior, but he's still creepy.

Bradley also turned up as villainous interstellar trader Solomon in the 2012 Doctor Who episode Dinosaurs on a Spaceship. To be honest, I can't remember much about that episode apart from the appalling "comedy" robots that shockingly misused the talents of David Mitchell and Robert Webb. But whatever, Bradley was still creepy. 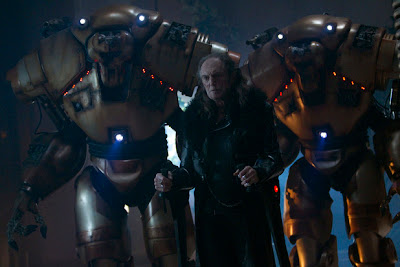 And of course, the role for which he is probably most famous for at the moment, even though he's only appeared in about four scenes across three series: Ser Walder Frey in Game of Thrones. 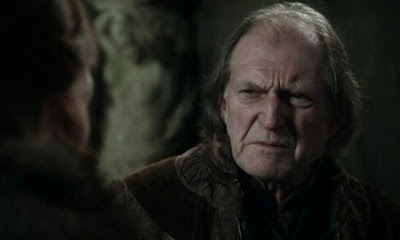 Frey was always a creep - about 90 years old, he's produced dozens of children from a variety of wives and mistresses. But the events of the Red Wedding prove him as an UTTER, UTTER CREEP.

Now Bradley is always great in these roles, a testament to his acting prowess. But still, it's got to the point where every time I see him, I expect him to be a creep. Which is unfortunate, because very soon he'll be seen on screen in An Adventure in Space and Time, a dramatisation about the origins of Doctor Who. David Bradley is playing William Hartnell, aka the First Doctor. 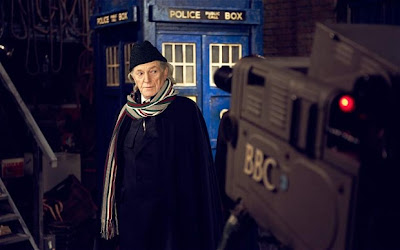 Now I don't know a lot about William Hartnell, but he seems a kindly-enough old man, perhaps a bit stuffy. But the fact that he's being portrayed by David Bradley means I'm going to watch this program biting my nails and just waiting for Hartnell to be set up as a raving lunatic, a homicidal maniac or a Beatles fan.

Do you have a favourite character actor, someone who turns up all the time in similar roles?